How much do you charge for your services?

Not a lot. Our take is a net 10% of your contestant’s entry fee for his/her script, with a minimum of $5 per entry.
We also pay our readers either $20 (for feature screenplays) or $15 (shorts and TV scripts) for their labors.
We also deduct the modest amounts - typically anywhere from $2.50-$3.00 - charged as fees by our payment providers to move the money to where it belongs (chiefly, your account!).

Using a $60 entry fee as an example, your take would break down like so:

The money that lands in your pocket would total just over $31. Put another way, that’s a pre-tax profit margin of 52%. That percentage is extremely high for any business;
by contrast, Apple’s margin for its fiscal year 2012 was 36%, and Disney’s was 22%. With us as your partner, you can clear a profit at a notably higher rate than those corporate stars.

Will I have to pay anything up front?

All Script House requires is a deposit for our services…
and that’s refundable in a Hollywood minute. We ask $600 to cover the expenses of setting up your contest and providing the basic assets you’ll need.

That money comes back quickly – once you get 150 entries to your contest, we return your deposit in full. There is no fine print. If you’ve read our example of the Austin Film Festival, some of the bigger contests get in excess of 8,000 entries – so, even for a first-time competition, 150 is an easily achievable number. You’ll likely reach that before you know it.

Not only that, but we only require that deposit the first time you take us on as your partner. After that, no matter how many contests you launch, no deposit will ever be required.

Best of all, outside of that initial outlay your contest costs you NO MONEY out of your own pocket. Script House’s fees (including the payment to the reader), and the few dollars that our financial service providers charge for what they do, are deducted automatically from the contestant’s payment for his/her entry.

In other words, you can sit back, relax, and watch as your share of the take lands in your account!

How do I know how many entries my contest is taking in, and how much I’m making?

Once you’ve signed up with Script House, you’ll receive a login and initial password for your dedicated pages on our server. In those pages, you’ll be able to see – in real time – the entries that have come in, their scores when our readers submit their coverage, and the running tally of how much you’re making from the contest. At all times, you will have access to every piece of information you need to keep tabs on your project.

One powerful feature of the Script House system is the option to create a new contest. Feel like adding a TV competition to accompany your current feature film one?
No problem; by filling out a few fields and selecting several options, you can set one up in minutes.
And of course, you’ll be able to access that contest and all of its predecessors from within your dedicated pages.

What do I need to launch a contest?

Hardly anything. As long as you’ve got a web site (or any kind of internet presence, really), you’re ready to go. This is because Script House’s system is entirely Web-based. We provide the code you’ll need to put a contest form on a page of your site; integrating it into your web can easily be done by your webmaster. Should you not have a qualified person who can modify your site, we can assist you in finding one. We’re here to help!

Once integrated and live on your site, your contestants will use this form to upload and pay for their entries by credit/debit card. It’s really that simple!

I’m not primarily in this for the money (although that’s nice!). My organization is dedicated to finding the best people out there today crafting screenplays.

So is Script House! We firmly and fervently believe that there are a great many talented screenwriters working today who, for one reason or another, haven’t gotten the chance to get their work noticed. So what better way to find those unheralded talents than a contest open to any ambitious scribe with an internet connection willing to spend $50 or so on furthering their career?

It’s our strong opinion that competitions are good for BOTH parties, the sponsors and the writers. Let’s face it - an aspiring screenwriter who doesn’t live in the Los Angeles area and/or lacks contacts in the entertainment business has little chance of attracting attention, no matter their skill and ability. Winning or placing in a contest gets them noticed, and provides strong validation of their chops. Script House is the ideal partner to help you discover these below-the-radar talents. Wouldn’t you like to be the organization helping to launch their careers and fulfill their dreams?

Script House, based in Los Angeles, is the creation of Eric Volkman. Eric also serves as its director.

Eric is a writer with a journalism background who began doing screenplays several years before his arrival to LA in 2007. Fairly early in his screenwriting life, he began reading scripts for friends and acquaintances, and providing notes for their writing. He won compliments for his honest, insightful analyses of these scripts, parlaying this into his first professional assignment as a reader in 2010.

This was for the Sundance Institute’s Screenwriters Lab. Being a judge for one of the independent film world’s most prestigious writing mentorship programs was a powerful experience for him, providing the impetus to further pursue the work. Following that, he gained regular freelance reading assignments for the popular Scriptapalooza film and TV contests, where he wrote both regular and extended coverage for a host of scripts across numerous genres. He also read for the Champion Screenwriting Competition, and did steady coverage work for two producers (and ad-hoc reading for several more) based in Los Angeles. He also donated his time as a reader for Columbia University Entertainment’s inaugural Screenwriting Showcase.

Eric loves to talk screenplays, and is always happy to show samples of his work! Contact him at evolkman@script-house.com if you’d like to see some coverage he’s written.

Naturally, an entity like Script House does volume work on a constant basis, and as such needs far more than just one reader. Behind him, Eric has a platoon of contributors (40+ and counting) providing coverage for scripts. These readers have all conclusively demonstrated a good sense of story, and how to tell a solid, visually stimulating tale populated with rich characters. In other words, they know movies and screenplays! With Eric as its director, Script House is managed by an honest, critical, exacting reader; he demands no less of the people writing its coverage.

What type of coverage do you provide?

Script House’s standard coverage has two sections. The first is the scorecard, a comprehensive set of 1-10 rankings across six categories spanning an exhaustive range of screenplay elements, as well as an overall score. The second section is a pair of fleshed-out text sections in which the reader provides both a synopsis of the script and a capsule review of the material.

Click here to view a sample of Script House coverage.

But I don’t run a festival - I’m a(producer/agent/ manager/etc.) Are your services right for me?

Oh my, yes. Any sort of organization on the hunt for good screenplays can benefit from partnering with Script House. Do you work at an agency or management company and need to outsource your script reading duties instead of corralling them in-house? Get in touch with us, we can help! Are you a producer that doesn’t have the time and/or the resources to comb through all the scripts that come your way? Let Script House do the work for you! We can provide a lot of coverage, and we can do it thoroughly in a reasonable amount of time at affordable rates. Tell us what you need by emailing info@script-house.com to get the ball rolling.

What about prizes? How do I reward winners?

That’s entirely up to you! Screenplay contest prizes run the gamut, from trophies to multi-thousand dollar cash rewards to VIP festival passes to writing software packages to consultations with industry professionals.

It really depends on your budget and resources.

Since every organization is different, it’s hard to say what’s “appropriate” and “typical.” Script House wants your contest to be a success, so if you partner with us, we’re happy to consult with you to figure out the types of rewards that would be suitable for your project. 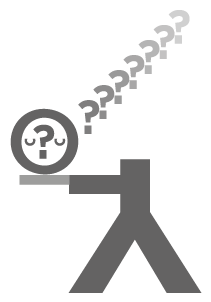